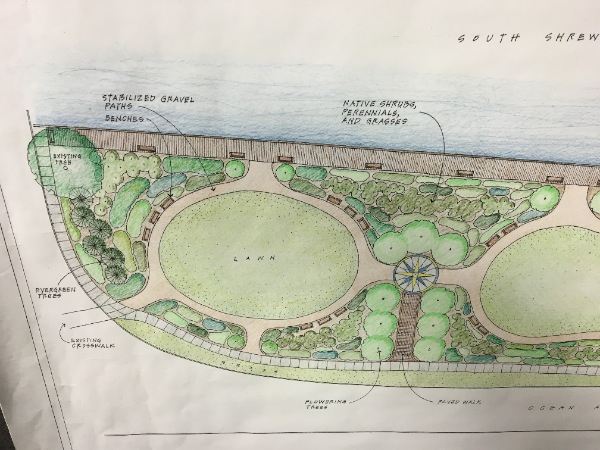 SEA BRIGHT: The borough is looking to get work started on its new park by applying for grant funding through the Monmouth County Open Space Trust Fund.

The Sea Bright Council unanimously passed a resolution that will allow the borough to submit a grant application to the county in the amount of $100,000 to help fund the construction of what is being called the Shrewsbury Riverfront Park.

The site once housed the Anchorage Apartments, which were demolished in 2014 after being severely damaged by Hurricane Sandy. It is now owned by New Jersey Department of Environmental Protection after it was acquired through the state's Green Acres Program with the intention of turning it into a park. The site is located just north of the Rumson/Sea Bright Bridge.

Long Branch resident Vincent Lepore said he would like to see the park generate some type of revenue for the borough because tax eatables were demolished to make way for it.

Lepore also asked about the timetable for the grant.

Verruni said the deadline for the grant is later this month, and that the grant is usually awarded in the fall. He said he expects the borough to hear whether or not they received it by later October or early November.

Mayor Dina Long said the borough has partnered with the Monmouth Conservation Foundation, which has suggested some other programs to help get funding for the park, including submitting for a community development block grant.

The plan is to build the park in three phases, with the first construction phase slated to begin in 2017. Verruni said the borough can apply for the open space trust fund grant for future phases as well.