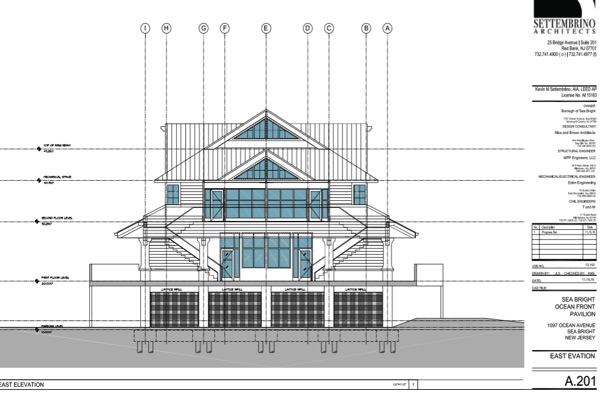 SEA BRIGHT: The governing body has selected a contractor who will construct the borough's new beachfront pavilion.

The Sea Bright Council awarded a $3.85 million contact to Kelso Construction Company, Inc., based out of Manasquan, during its April 4 meeting.

"They're a very experience construction company with a portfolio of projects of this sort," Borough Attorney Roger McLaughlin said.

The borough received 10 bids for the project, but Kelso was deemed to be the lowest responsible bidder. The highest bid of $4.7 million was submitted by McCauley Construction Company, of Long Branch.

Nearly $5 million was bonded in anticipation of the project through a special election held last September. Over 500 people voted in the special election, with over 300 voting for to approve each of the three questions which asked them if they supported the bond ordinances for the construction of the pavilion and a new municipal building.

"All provisions were made so that both projects could occur simultaneously or independent of one another," Mullan said.

Keeler ultimately abstained from voting on the award of the contract and stated that he would like more information from the New Jersey Department of Environmental Protection (NJDEP), which is handling the sea wall project, before OK'ing the contract.