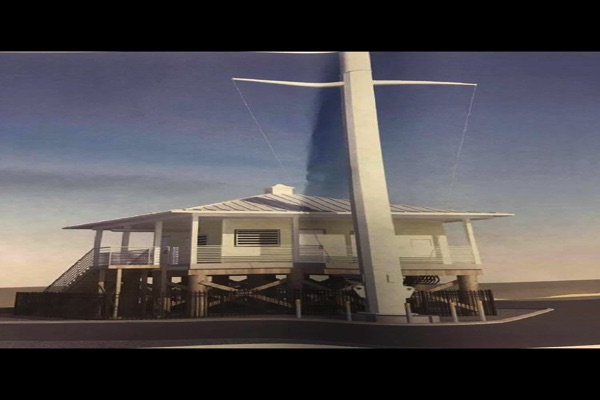 SEA BRIGHT: The borough is closer than ever to getting a cell tower that will aid in improving coverage in the area.

The Sea Bright Planning Board reviewed and approved the plans for the cell tower earlier this month. The approval allows Verizon to construct the tower, although an exact date has not yet been set.

Verizon was awarded a $34,012 contract in 2014 to construct a 105-foot and ancillary wireless telephone support equipment and structures in the parking lot behind Sea Bright Borough Hall. The tower will be a "flagless flag pole" design that the council felt would be more aesthetically pleasing than a traditional cell tower.

The cell tower's base, which will house equipment needed to make the tower function, will look like a lifeguard shack. The tower itself will have a mast at about the 40-foot mark which will have flags. However, there will be no flag at the top of the structure.

Earlier this year, Verizon installed a temporary cell tower in the borough hall parking lot. The temporary tower will be moved to make way for the larger one.

Councilman Charles Rooney has said that Verizon will not be the only carrier with equipment on the tower as AT&T and T-Mobile are also looking to expand their coverage in Sea Bright.

Borough officials have said the revenue generated by the cell tower will be used to offset the cost of the construction of new municipal building and beach pavilion.