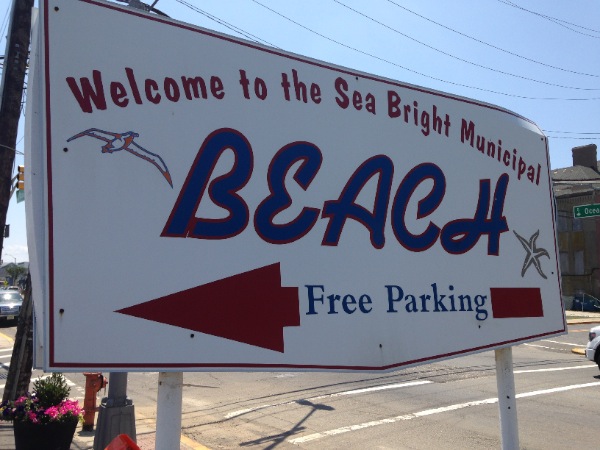 SEA BRIGHT: The Sea Bright Council has committed to paid parking for the 2016 season, and while specifications have not yet been set, they will in the coming weeks.

The agenda for the May 3 borough council meeting originally featured a resolution to "reconsider" paid parking for the 2016 season, but that item was removed and replaced with an ordinance setting a $1 fee for the borough's beach parking ordinance. Ultimately, the council voted no on the ordinance, but later amended it to say the rate would be set via resolution each year.

Borough Attorney Roger McLaughlin said it was important to set the rate in the ordinance as it has language for paid parking, but says nothing about the rates. The amended ordinance passed by a 4-3 vote with Mayor Dina Long breaking a tie after Councilmembers John Lamia, Peggy Bills and William Keeler voted against its adoption. Councilmen Charles Rooney, Marc Leckstein and Brian Kelly voted for its adoption

However, earlier in the meeting, Keeler asked for the resolution to reconsider paid parking for the 2016 season to be added back to the agenda. The vote went the same as the vote for the revised ordinances, with Long breaking the tie with a negative vote.

"I'm going to have to say no, I don't want to kick the can down the road," Long said.

Keeler has said he is in favor of paid parking for the 2017 summer season, and would prefer more time to work on a parking plan. He had proposed raising the 2016 daily beach badge fee from $8 to $10 this summer to raise revenue, which is the council's stated reason for implementing paid parking. He expressed his disappointment with the decision to remove the resolution from the agenda prior to the meeting.

"I think that's not a very responsible or reasonable action to take," Keeler said.

Long said the parking plan will be hashed out and voted on after the council meets with affected businesses with the parking vendor on hand to answer questions next Wednesday, May 11.

"At the (May 12) workshop, the outcome of this meeting will be discussed and at the subsequent meeting (May 17) the ordinance will be prepared for the parking program," Long said. "I don't want anyone to think this is going through without any effort to meet with the stakeholders, because that is in fact happening.