Sea Bright Council Says No To Dogs On Beach In Summer 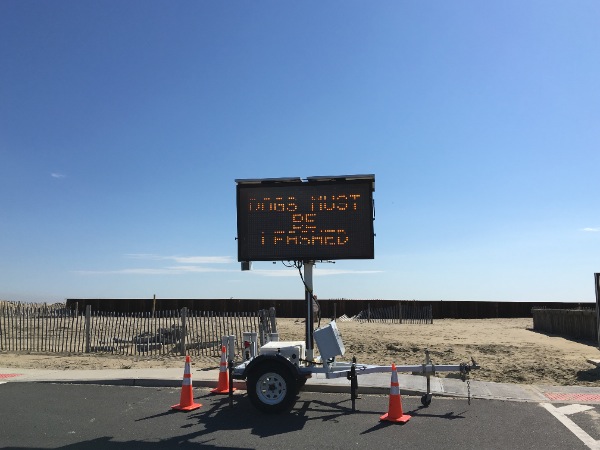 SEA BRIGHT: The borough council is continuing its stance of not allowing dogs on the beach.

A discussion was held at the April 14 Sea Bright Council workshop meeting in response to a North Beach resident who requested dogs to be allowed in his area.

Mayor Dina Long said the area north of Via Ripa is not restricted by the Department of Environmental Protection (DEP) for piping plover, a native bird which has its nesting grounds protected due to its species being listed as "threatened" by the federal government.

The borough's current ordinance states that there are no dogs allowed on any beach during the summer season.

The council briefly discussed possibly allowing dogs on the beaches north of Via Ripa from 6 a.m.-9 a.m. during the summer season but ultimately agreed that a lot of residents do not follow the rules for dogs in the offseason. Councilman Charles Rooney said he has consistently seen dogs off of leashes during the offseason and has seen that many people do not clean up after their dogs; both of which are required by the borough.

They also agreed that dogs could bother the fisherman that like to use the beach during the morning hours.

"My issue is that they're (dog owners) already using the beach and they're not being good citizens," Councilman John Lamia said.

Lamia said he would be willing to talk with the resident who requested allowing dogs on the beach to see if a compromise can be made.