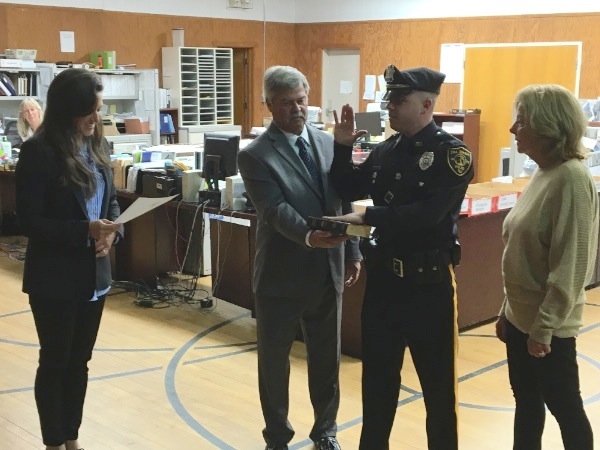 SEA BRIGHT: The borough has hired a new police officer to replace a sergeant who retired earlier this year.

Sgt. Richard Jacobs chose to retire, and Borough Administrator Joseph Verruni informed the council that his replacement needed to be hired.

Chief John Sorrentino submitted a letter of recommendation in April to hire Andrew Hendricks, who previously worked as a dispatcher and special officer, as a full-time officer.

Hendricks was sworn in during the May 3 Sea Bright Council meeting in front of a large crowd of friends, family and fellow officers.