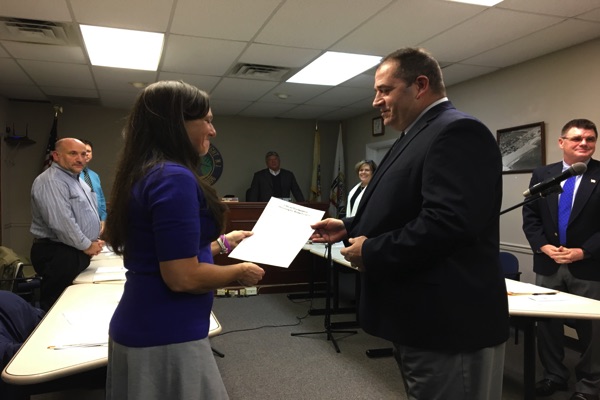 SEA BRIGHT: One of the borough's longest-tenured police officers is retiring.

The Sea Bright Council honored Lt. Kevin Lovgren during its Feb. 7 meeting and gave him a proclamation thanking him for his 30 years of service.

"Kevin has exemplified all the attributes of a selfless human being, forgoing his own wants needs and desires to serve the residents and businesses of the Borough of Sea Bright for the past 30 years," the proclamation states.

The proclamation goes on to mark some of Lovgren's accomplishments including his work with 180 Turning Lives Around, which is dedicated to ending domestic violence, the campaign against drunk driving and his work during and after Superstorm Sandy.

Lovgren received numerous commendations since he joined the department as a patrolman in 1986. He was recognized by Mayor Charles Rooney, Jr. in 1993 for his "outstanding lifesaving effort" during a boat in distress incident in 1993 and again in 1996 for "outstanding service" at the scene of a house fire.

Mayor Dina Long said Lovgren "flew under the radar" during his time with the department and was an "unsung hero."