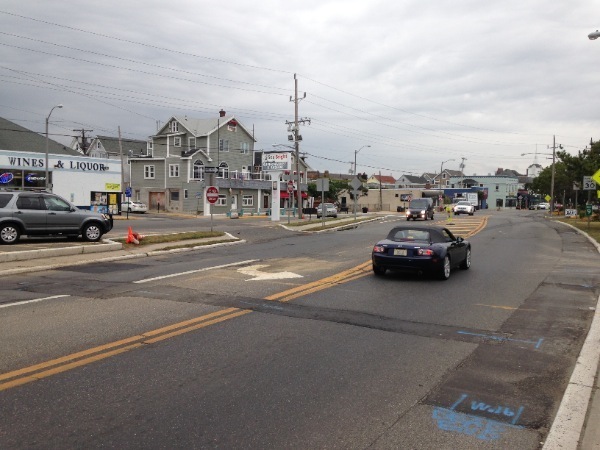 SEA BRIGHT: The governing body is moving ahead with a plan that will make improvements along Route 36 in the borough.

The Sea Bright Council approved the Ocean Avenue Streetscaping Project and authorized the borough clerk to advertise for bids.

The project is funded by a New Jersey Economic Development Authority (EDA) streetscape revitalization program by way of a $1.3 million grant. All the work will be done from the curbs on the east and west sides of the street to the businesses and the borough parking lot from the Rumson-Sea Bright Bridge to Beach Street.

The council also discussed some suggested changes to the New Jersey Department of Transportation's (DOT) restriping plan for Ocean Avenue, which includes the addition of a bike lane on the east side of the road and back-in, angled parking on the west side.

Sea Bright Police Chief John Sorrentino suggested that concrete bumpers should be added to each angled parking space; something that was not in the DOT's plans according to Borough Engineer Jacki Flor. The council agreed that the bumpers should be part of the plan as the borough's sidewalks are not as wide as other towns which use the back-in, angled parking.

"You need the bumpers, there's no room for error," Councilman Charles Rooney said.

Widening the spaces to make it easier for parkers to maneuver was also discussed.

Sorrentino said his other concern is the traffic flow in the downtown and he suggested adding a "suicide lane" in the middle of Ocean Avenue in the downtown area. A suicide lane would allow cars to make a left turn from either the north or southbound sides of the road.

Flor said she would relay the suggested changes to the DOT and report back to the council.

The streetscape project will likely begin in March and take about 4 months to complete and the DOT restriping plan could begin in late May.