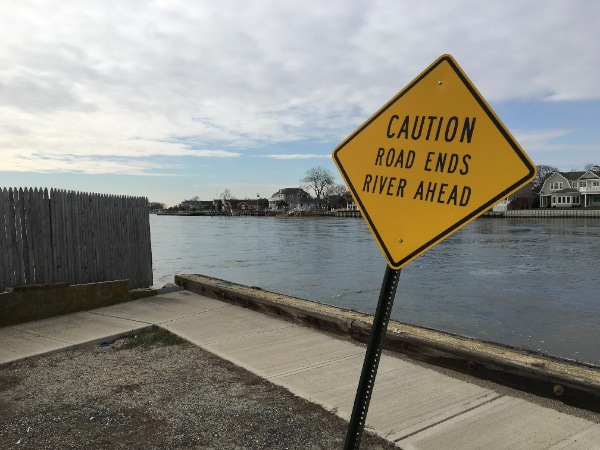 SEA BRIGHT: A recent downtown flooding event has residents nervous about the borough's plan to raise the bulkheads along the Shrewsbury River.

Residents of Center Street and surrounding roads said during the Jan. 19 Sea Bright Council meeting that not only the aesthetics of the new, steel bulkheads are concerning, but also the fact that it has created a new flooding pattern.

Councilman Brian Kelly said once there is a continuous bulkhead from the Sea Bright-Rumson Bridge to Osborne Place, "90 percent" of the flooding events in the borough will be eliminated.

"We know what's there now is not going to fix the flooding, it's just the first step," Kelly said.

The borough received a grant to build a pump station and raise the bulkheads on public street ends in 2014 and both of those projects should be completed this spring.

Mayor Dina Long said the next steps would be to have the bulkheads on private property, including the project proposed for the Stavola property, raised and also fix the outfall pipes. The borough is pursuing grant funding to get these projects moving.

Long said the pumps in the area were not calibrated properly before this month's extreme flooding event which caused waters to stick around longer than usual. The pumps have now been fixed so that the water will drain more quickly during a similar situation.

Kelly said the borough would also like to take steps to beautify the bulkheads by adding landscaping and a deck.

Councilman Charles Rooney said he understands that the bulkheads are aesthetically-pleasing, but that they will help keep the downtown area from being completely underwater in the next 35-45 years.