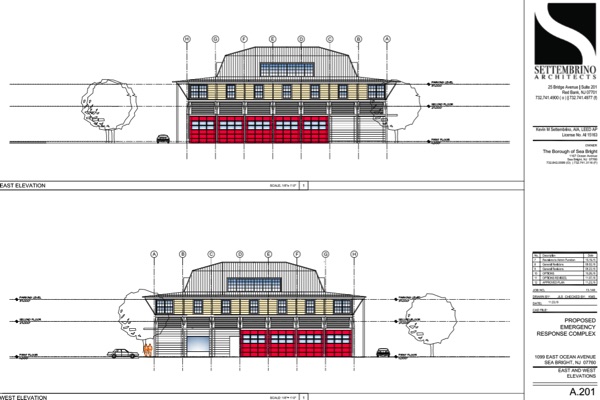 SEA BRIGHT: The borough's police and fire department are one step closer to having their new home.

The borough has gone out to bid to find a contractor to build its new municipal complex this week.

The bids will be opened on Jan. 12 at 10 a.m. at Sea Bright Borough Hall. The Sea Bright Council will then have to vote to award the contract to the lowest responsible bidder early next year.