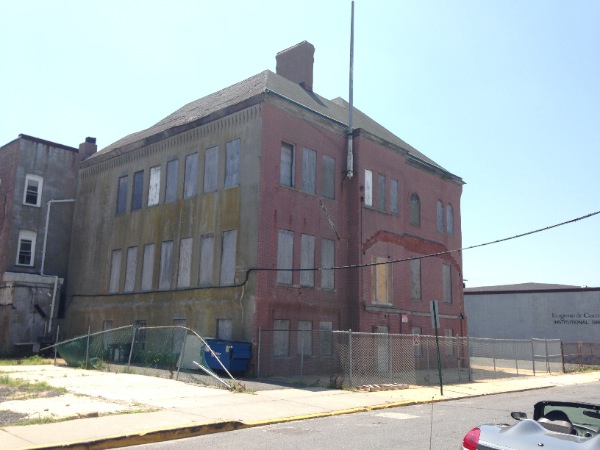 SEA BRIGHT: The borough council has taken the first step in helping decide the future of the old Sea Bright Public School and its surrounding properties.

Doing its November meeting, the council adopted a "downtown properties condemnation redevelopment study" performed by Cofone Consulting Group that was accepted by the Sea Bright Planning Board earlier this year.

The board agreed that the three adjoining lots, which includes the former school, an empty one story structure containing a former dry cleaning business and a vacant lot which once housed a pharmacy, are located in an area in need of redevelopment. The board also agreed that the lots met the criteria for the use of eminent domain.

The council was poised to adopt a resolution accepting the board's recommendation earlier this year, but held off so it could be discussed further at the council's Sept. 15 workshop meeting. During that meeting, attorney Martin McGann, who represents River Street Realty, told the council that his client is concerned about the possibility of the condemnation of the property and wanted to discuss the matter further with borough representatives.

Vincent LePore, a Long Branch resident, asked during the November council meeting how if the meeting with McGann occurred. Sea Bright's Special Counsel attorney Pat McNamara said the meeting did take place and that the two sides "were not able to reach an agreement."

"His client has been advised...that this is just one step in a multiple step process and that no power of eminent domain can be exercised until a redevelopment plan is adopted and none has been prepared or contemplated," McNamara said.

If the borough were to exercise eminent domain, it could either take ownership of the land and develop the property or bring in a redeveloper to buy the property from the current owners at just compensation, Councilman Marc Leckstein has said. All three lots are owned by different entities.

McNamara said the other property owners have "been placed on notice" and that the borough has received no contact from them.

LePore called the resolution "flawed" and said the borough is "opening itself up for litigation."

"I do not support this resolution right now, there are an array of other options including rehabilitation zones," LePore said.