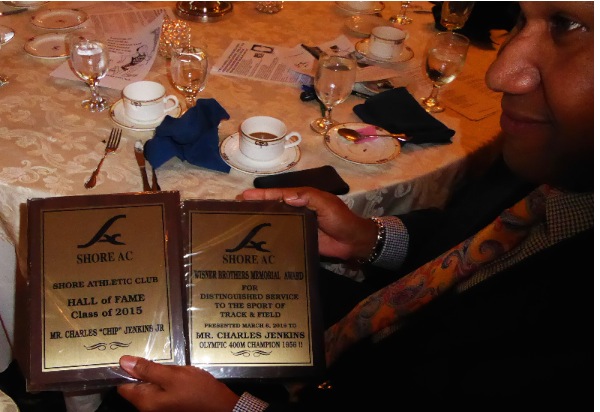 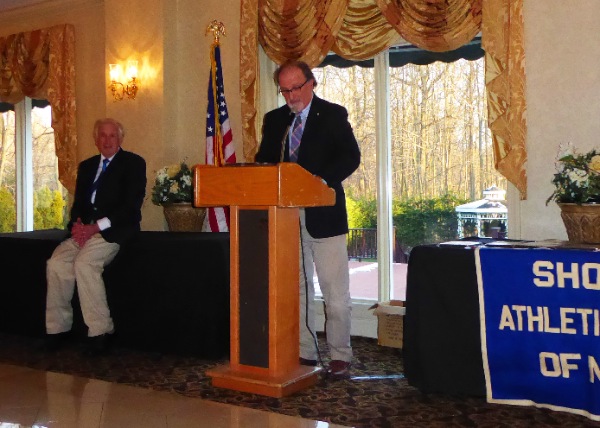 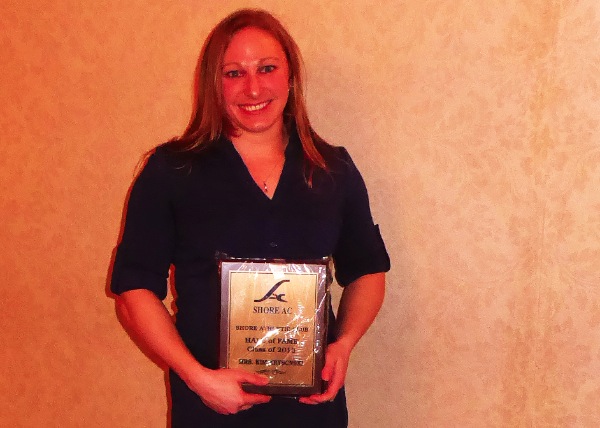 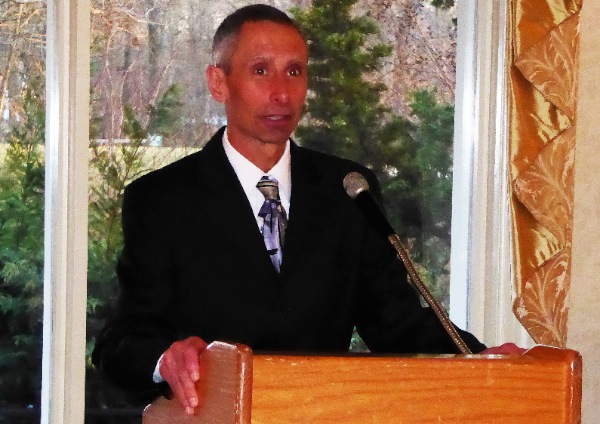 Host Walter MacGowan, SAC President, welcomed SAC athletes, families and guests, many of whom came significant distances to add their respects to the award winners. Other commitments and travel conflicts kept some of the usual attendance figures off a bit, but the celebration enjoyed hearty applause as athletes were called to the dais to receive their awards.

The total recipients list is provided on the SAC website (www.shoreac.org). Photos of some are shown with this article, some edited as special successes for readers to recognize.

Among these were NYC Marathon champion Tom Fleming and Charles "Chip" Jenkins Jr., the former Villanova great and Olympic 4x400 relay gold medalist. Jenkins also took home a special recognition plaque to his father who was not able to attend, but whose contributions to the sport has been significant.

Shore AC's Reno Stirrat, who proved himself one of the nation's finest distance runners in the men's 60-up bracket in 2015, was presented the Johnny Hayes Memorial Award as the club's athlete of the year. It was in keeping with Hayes recognized successes in the early days of the track and field competitions including the winning of the marathonrace at the 1908 Summer Olympics. Denman recalled that Hayes' Olympic victory contributed to the early growth of long-distance running and marathons in the United States.

Mrs. Kim Krszcynski received the 2015 Hall of Fame Award, an unexpected experience she said. She said as a relatively short height athlete in pole vaulting, she just was in it for the joy, in her earlier days. Her courage held her successful, the SAC said, as applause filled the banquet hall.