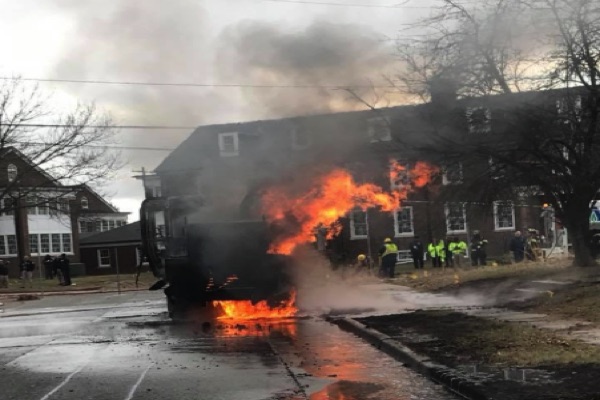 OCEANPORT: A gas line was struck and caused a fire at Fort Monmouth this week.

The incident occurred on Tuesday, Jan, 16 when J.F. Kiely Construction was working on a water supply infrastructure project in the Oceanport area of the fort.

"As per the protocol for a utility project, mark-outs for the project were completed before work began," a release from the Fort Monmouth Economic Revitalization Authority (FMERA) states. "During routine work, a gas line was encountered, causing the fire."

A piece of construction equipment was badly burned as a result of the fire, but there were no injuries. Several local fire companies from Eatontown and Oceanport arrived to help extinguish the blaze.

"While the gas line involved is not owned by FMERA, we have been actively monitoring the incident and any subsequent follow-up," the FMERA release states. "This situation was unfortunate, but considering the scale of the effort to redevelop the Fort, incidents of this nature are rare, and every effort is made to ensure the safety of both those working to revitalize the Fort and local residents."