Summer Commencement a First at Monmouth U. 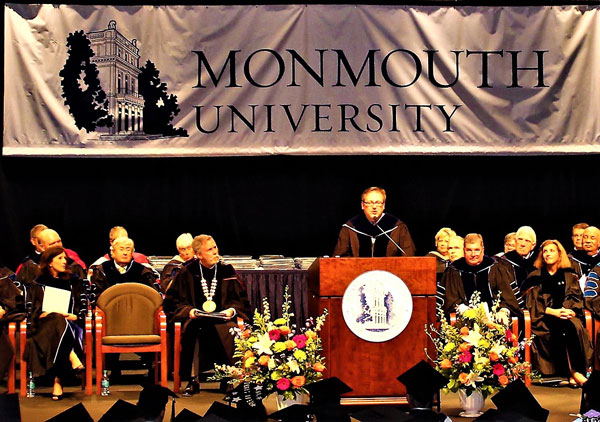 West Long Branch: On August 28 a total of 138 students, 64 undergraduates and 74 graduate students, earned Monmouth University degrees by completing required work in July and August, after the university's regular year. It was the first occasion for this new event.

Dr. DeRosa then delivered the Summer Commencement address to the graduates.

He began with appreciation for the hard work and success of the grads.

He said we in recent generations have collectively been living in a pattern of living separate values in recent times. We are living as separate groups, each consumed with its own welfare to the exclusion of the other and of the larger picture, "One side does not accept (the views) of the other."

There is divisiveness, he said, which can ultimately lead to civil disobedience and even violence. It is a world of disagreement and in need of digging into the reasons for these disagreements to understand them and each other's reasons better if we are to reach a democratic way, to come together to move forward successfully as a world.

The grads and the audience appeared listening hard while feeling good at the moment for the guidance the talk would have for the future success of the new degree earners. For several their thoughts were spelled out on the graduate caps.

The event was relatively short, the fewer graduates a smaller group than usual.at the university.

But the applause was just as strong and lots of smiles prevailed.