Summer Sunday down the Shore with Chuck Lambert 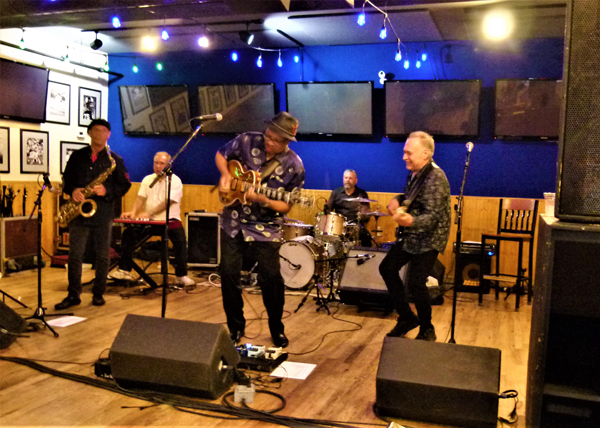 Long Branch: The Bands by the Beach show on Brighton Ave. in West End opened the Summer Sunday season with blues master Chuck Lambert and his band, a heartily welcomed local area troupe traveling all over the state. Friends old and new were there at Jack's Goal Line Stand on Brighton.

Jack's is the "in case of rain" spot, as it was for this performance. The stage at the back of Jack's gives plenty of visibility to all guests. The band is guitars, sax, keyboard, drum and vocals... an exciting show.

Chuck does his thing, with the audience tuned in and smiling as they can't stop foot tapping to the great sounds. In dry weather the crowd would be on the grass at West End Park at the band shell.

The Sunday show is each weekend during the summer. It brings new visitors and many familiar faces, all ages from the city.