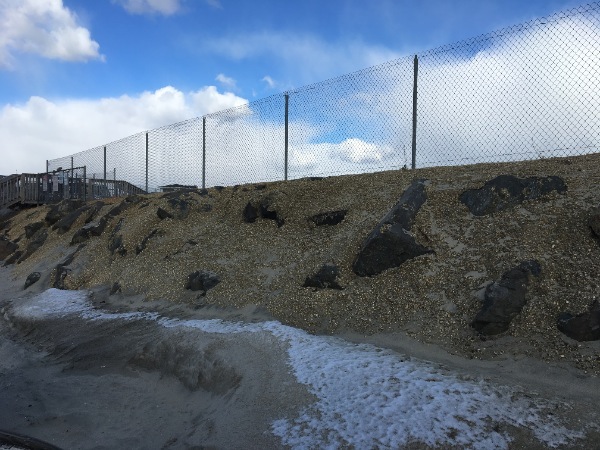 SEA BRIGHT: A temporary sea wall will soon be built in the downtown area of the borough's beachfront.

The temporary structure will be a metal sheet pile wall built where there is currently no sea wall in Sea Bright; the area west of the municipal parking lot.

Mayor Dina Long said additional reviews of the project at the federal level caused delayed approval of what will ultimately be the permanent sea wall, so the New Jersey Department of Environmental Protection wanted to build the temporary wall in the meantime for storm surge protection.

The contractor has already surveyed the existing conditions and sand was moved to the area to create a dune. Construction of the wall was slated to begin on March 1, according to Borough Engineer Jacki Flor.

Flor said all work is expected to be finished by April 6.

Beach access "walkovers" will be created at the wall and a sand ramp will be built to allow larger vehicles to get to the beach.

The temporary sea wall will be removed once construction of the permanent structure begins after the 2016 beach season.

For more information on the permanent structure, click here.