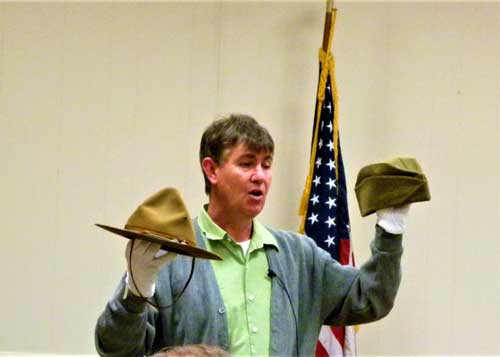 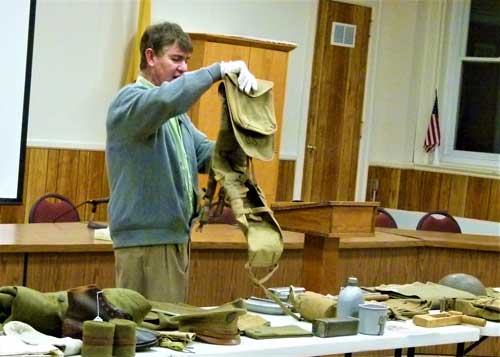 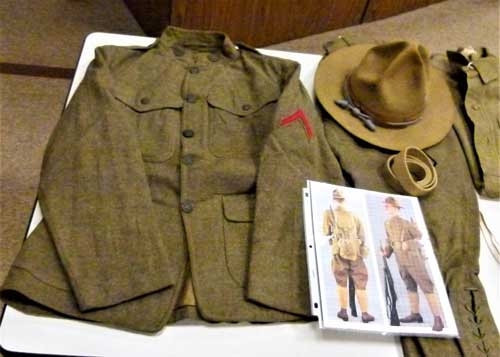 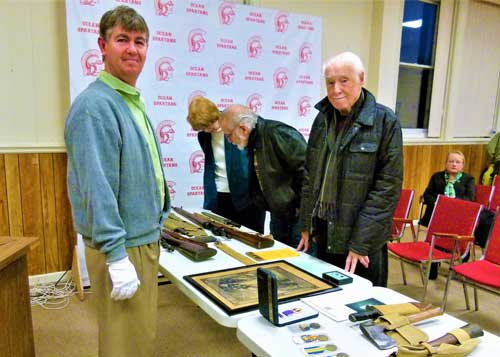 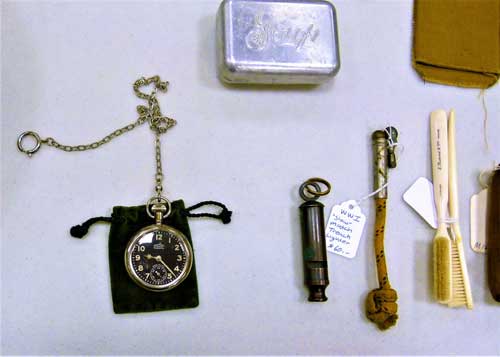 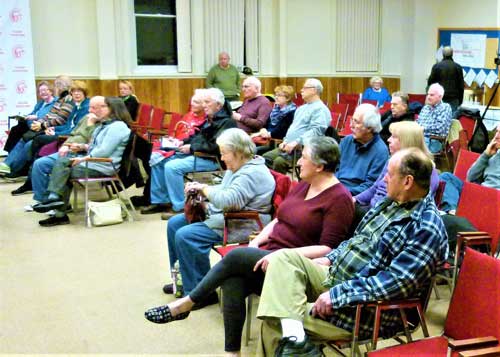 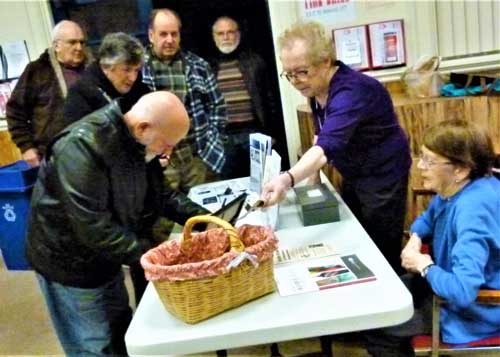 Mr. Green, who lives in nearby West Long Branch is a well-known historical reenactor whose personal family lineage dates back to colonial times. He chatted beforehand about the area where his family lived and worked, including about Green's Pond, the name of Lake Takanassee before it was part of the purchase by those who took over Long Branch in the 1880s.

He was introduced by Ocean Museum's Peggy Dellinger as the 75 or so attendees found their chairs, first signing in and being welcomed by the Historical team and the volunteers who served homemade cookies and fruit juices. Friends greeting friends.

The March 14 free meeting was held at the old grade school on Monmouth Road. The site is where the association holds other presentations and Mr. Green was there a little over a year ago with a "Life of a Confederate Soldier" Civil War presentation.

This March he returned to talk about World War One, on the year of its 100th anniversary, "The war to end all wars," as some were wont to say back in the day. The display was extensive, gathered over time by Arthur in his travels, a habit he learned as a child, hos interest in the world his antecedents had lived in over the years.

The items covered about 40 feet of table top. Coats, shoes, knapsacks, food containers used on the battlefield, and items carefully planned like shaving kits and soap containers. A good many had a history in themselves, from the Mexican war to the changes that even led to WWII,

Rifles were used in Europe, provided by American manufacturers, and some were modified to utilize the improvements made possible when looking over newly found items of equipment.

Clothing was a big part of the discussion, Hats, leggings, dress uniforms and battlefield wraps.

The Historic group have lots on the schedule upcoming, with Thursday afternoons at 2:00 p.m. a regular movie time at the library on Deal Road.