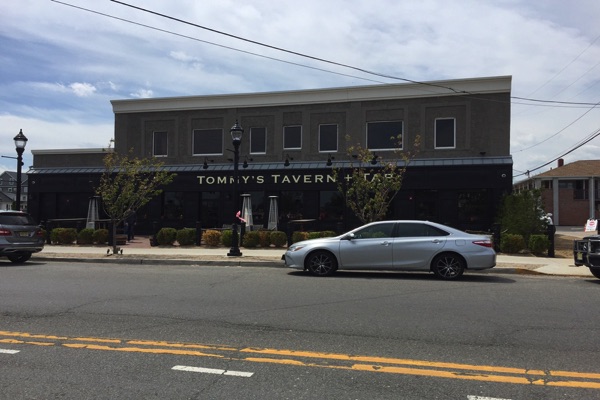 SEA BRIGHT: One of the borough's most popular restaurants has received approval to expand.

Tommy's Tavern and Tap, located at 1030 Ocean Ave. has gotten the OK from the Sea Bright Planning/Zoning Board board build a new parking lot in the lot north of the restaurant which once houses a Sunoco gas station. The lot will have 26 new parking spaces. The board stipulated that the parking lot can only be used by Tommy's and cannot be sold separately at anytime.

The board also approved an addition to the building which will house an interior stairwell to the second floor which would be converted to a dining area for private parties, accessory office space, storage and restrooms. A side yard setback variance was required for this addition to be constructed.

Tommy's was also granted approval to build fencing, walkways and an accessory recreation area with of four corn-hole games in the rear of the restaurant.

However, one thing was that was stricken from the plan was an outdoor bocce court in the recreation area which will be replaced by a few outdoor seats for waiting customers along with additional landscaping, including palm trees.

An agreement was also reached with the owners of the Nautilus Condominiums, which are located to northwest of the restaurant and directly behind the newly-approved parking lot. The exact details of the agreement were not made available at the meeting but it involves Tommy's assisting the owners with relocating entrance and exit to the complex in the event that the New Jersey Department of Transportation (DOT) takes Old Rumson Road for the construction of the new Rumon-Sea Bright Bridge. Old Rumson road currently acts as the entrance to the Nautilus Condominiums, and the current plan involves building the new bridge 30 feet south of the existing structure.

The area around what will be the new parking lot was already fenced off this week, so construction will likely begin soon.