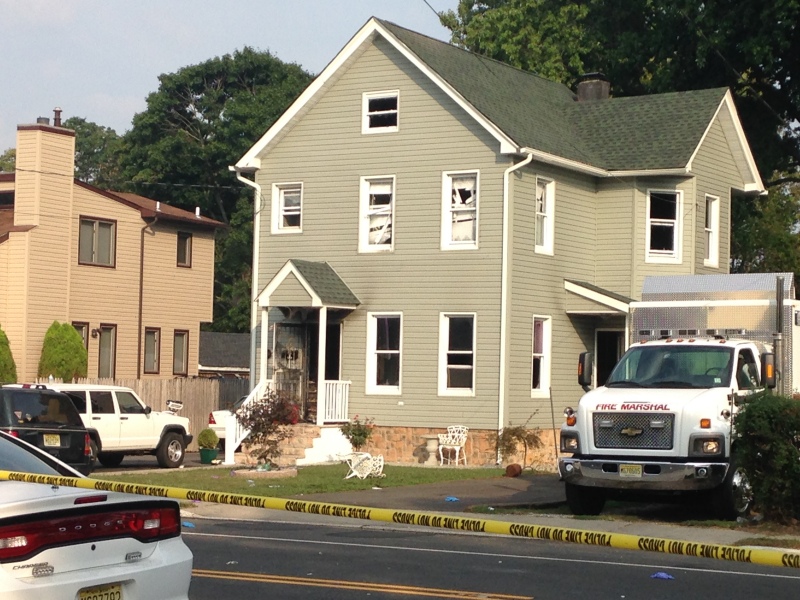 LONG BRANCH: A late night, 2-alarm fire at a Joline Avenue home has claimed the lives of four family members, and is being called "suspicious" by investigators.

The fire occurred around midnight on Sept. 2 in a home located at 245 Joline Ave.

Long Branch Director of Public Safety Jason Roebuck told CBS News that first responders were unable to get to the second floor of the home due to the flames and smoke.

"They fought their hardest to get to the second floor where they thought there were some people, but they couldn't get there until the firetrucks got on scene," Roebuck said.

The four family members, 2 adults and 2 children ages 4 and 7, were found in a second floor bedroom and taken to Monmouth Medical Center where they passed away from their injuries. Two family members of the woman who passed away, lived in a basement apartment of the house but were not home at the time of the fire.

Lyndon was a member of the Long Branch Department of Public Works and Morris was his partner, LeMieux said.

LeMieux said the four victims suffered fire-related injuries and injuries not related to the fire, but did not elaborate on what the other injuries were.

"The preliminary investigation show that there was more than one area of origin of the fire," he said. "It does not appear to be accidental."

No firefighters were injured while extinguishing the blaze. Fire companies from Long Branch, West Long Branch, Sea Bright, Ocean Township and Eatontown responded to the scene.

Police still have the area around the home blocked off as the investigation continues, so motorists in the area should expect delays.

Anyone with information about the incident is begin asked to call Monmouth County Prosecutor's Office Detective Pamela Ricciardi at 1-800-533-7443 or Long Branch Police Det. Rich O'Brien at 732-571-5695.