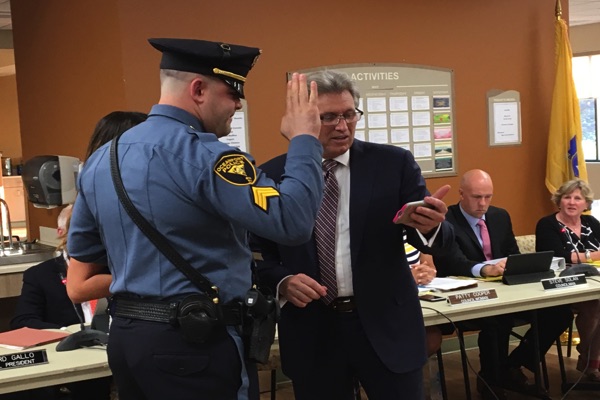 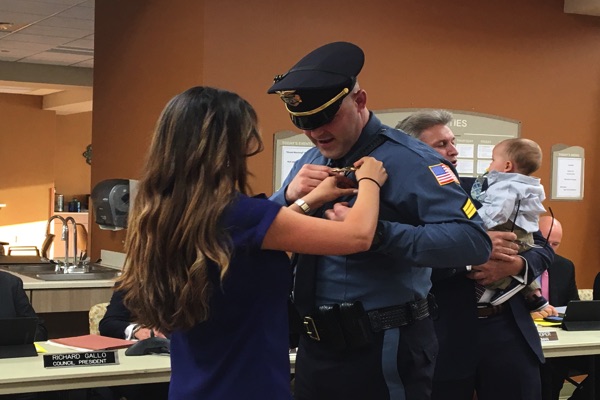 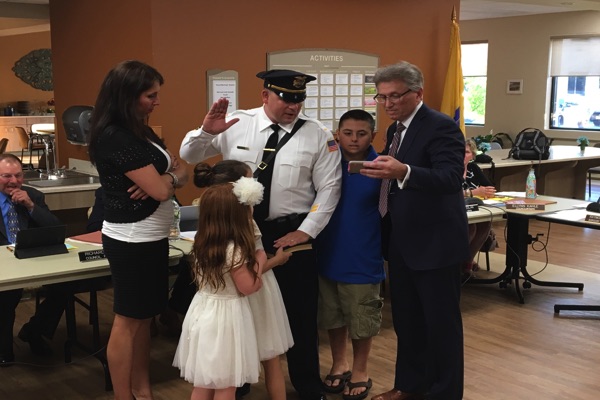 OCEANPORT: Two of the borough's police officers were sworn in to new positions this week.

Fagliarone was actually already sworn in to his new position in March, but his family and friends were not present at the meeting, so the borough decided to hold a ceremonial event.

Every council member congratulated the two officers, including Councilman Robert Proto who is the chair of the public safety committee.

"We had two great candidates for sergeant, and this was not an easy decision," Proto said.