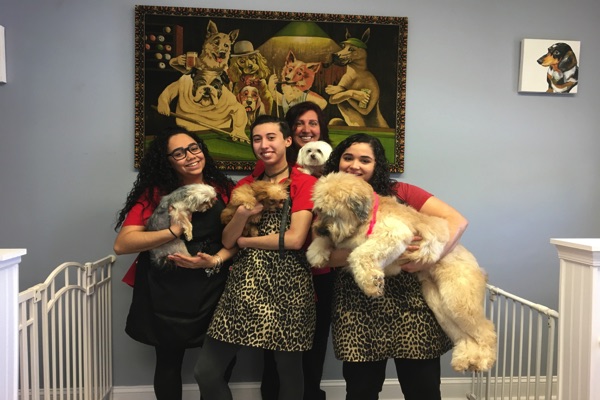 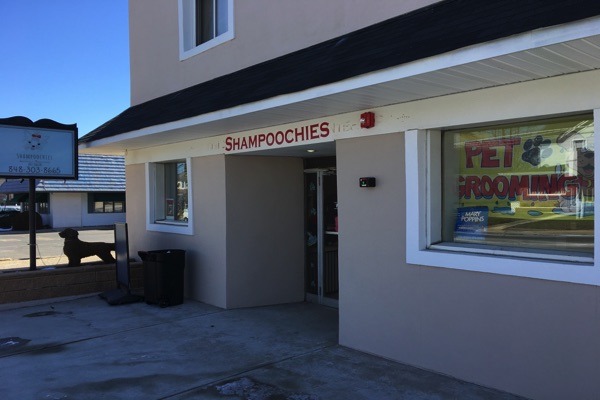 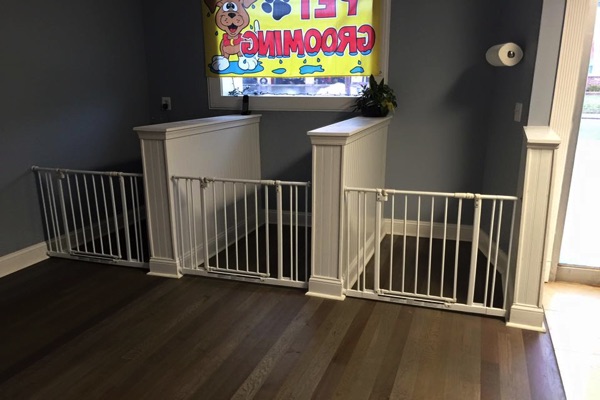 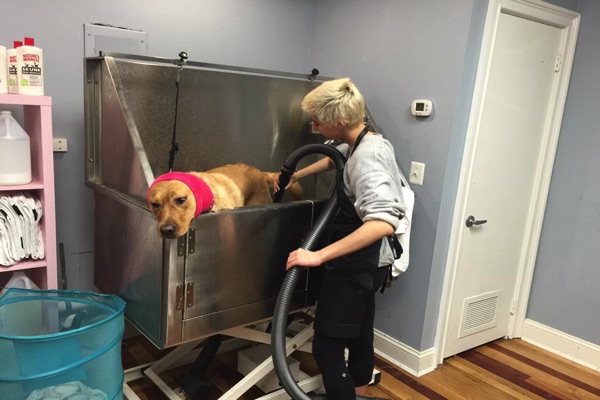 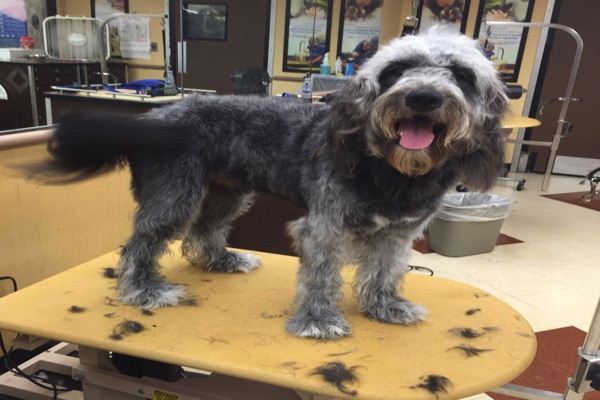 WEST LONG BRANCH: The owners of a West Long Branch dog grooming salon are priding themselves in giving their furry clients the best possible experience.

Sherri Amador and co-owner Kayla Alemany run Shampoochies, located at 890 Broadway. Amador said she has always loved dogs and has been able to turn that love of dogs into a successful business.

"I love dogs, I have six of my own, so I went to pet-grooming school and I saw a sign over PetSmart that said they were hiring," Amador said. "I worked there and I hated how the corporation ran and decided to do it my own way, and here we are."

Shampoochies opened in September, 2015 in the former home of a beauty parlor.

"We choose this spot because it has parking and was a storefront in a local community," Amador said. "I'm live in the area (Oceanport) and wanted something close to home."

Alemany joined Amador and became a co-owner in January, 2016, after having met during their time at PetSmart. Amador said she will eventually turn the business over to Alemany and her daughter Liza. The three are helped by sales associate Sheshalie Guzman sales associate.

Liza said she loves the atmosphere at Shampoochies.

"I love that the environment for the dogs is stress-free, we like being to help the dogs and make them feel good," Liza said. "Everybody here really cares about the dogs. It's not just a job, we all genuinely love the animals and want them to feel good and experience the least amount of stress as possible."

She said that one of the ways Shampoochies is different than other dog groomers because they do not crate dogs and have open play pens for them.

"We really make sure they're all being properly taken care of while they are here," she said. "We're all pet owners too so we all understand what it would be like to leave your dog at a place and how you would want it treated."

Amador said owners tell her that their dogs like to come to Shampoochies. She said does not believe in rushing her grooming appointments and that she gives the dogs time to relax or play or even have a little snack.

"If people are patient, it's a good experience for their dog," Amador said.

She said they also offer pet day-sitting as alternative to having dog-owners put in a kennel elsewhere.

The prices at Shampoochies are another aspect of the business of which Amador takes pride.

"We pride ourselves in being affordable," she said. "We're $20-$25 more affordable than any other salon because don't uncharge for every service. We include nail grinding, we include conditioning while other places charge you a $7 uncharge for these services."