Who Owns the Cemetery in West Long Branch? 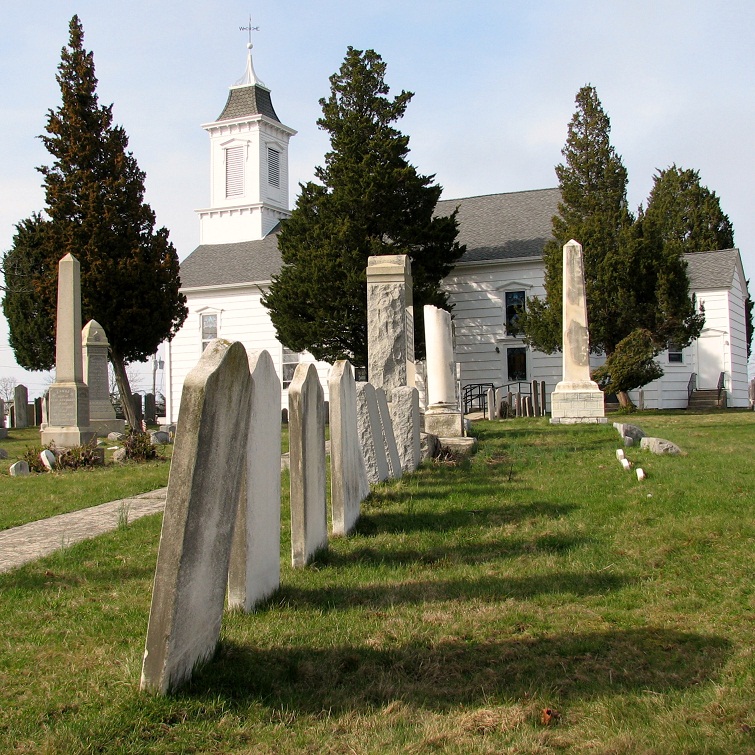 West Long Branch: In addition to what some would call regular matters for the governing body council meetings, a resident at the first May meeting asked about the care of the cemetery on the corner of Wall Street and Locust Avenue. Many attribute the property as belonging to First Methodist Church at that corner, but that is only partially correct. Well acknowledged in the community, the church is known respectfully as "Old First."

Of the ten acres of cemetery property site only about three acres are church owned. The others have a history that the other 7 acres belonged to two organizations, abutting but not owned by the church. The three together, it is believed, jointly managed the properties as far as maintenance and new burials, plots of land, grave markers, etc. The funds for maintenance and burial service was paid from joint established trust funds managed by local volunteers, it is believed, from a source familiar with the history.
Several years back the monies that were banked over the years by trustees were spent, the burials funds fewer, and resulting funds gradually faded to zero. And the trustees - family members from those interred at the cemeteries - saw the upkeep fade and eventually lost.
While apparently some burial services are still going on from time to time, funds are not accumulating as before, and may be just monies paid by families of deceased who pay for the services performed with the burial, not including funds to accomplish ongoing care.
The acres owned by the 209 year old church is under church care, but it would appear the numbers of church families still in the area has lessened and paying for upkeep is a large burden without funds to pay for it. That is a church problem, and the historical presence of the church goes back such as to possibly give it historical recognition and historical funding if the costs can be funded through other means.
If that funding can be provided by state, federal or other government acceptance as a historical value, the problem may have an answer, at least for the 3 acres. The other 7 acres has no sponsorship, it appears, and the issue of care responsibilities remains up in the air, as have other places in the state for long periods, some never yet resolved.
It may be a special interested volunteer person or group may take on the charge, but legal implications must be addressed, including what is a governing body's responsibility. No one appears to be reaching out for the challenge.
Inquiries may be addressed to the borough who received a one-time assist from the Monmouth County group that uses prisoners to do special work such was highway cleanups, but that was a one-time effort, not very likely to be repeated.
More to follow.
Read more from: West Long Branch
Tags: cemetary, first methodist church, funding, future, historical, money, volunteers, west long branch