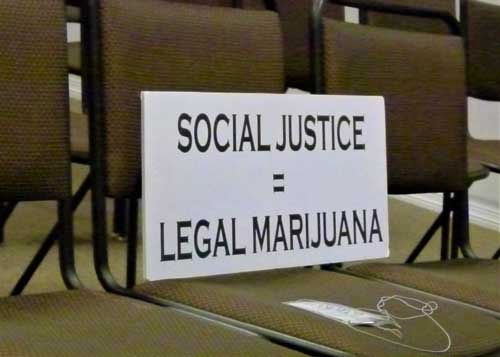 West Long Branch: Mayor Janet Tucci called the Caucus meeting on time on Wednesday, March 21 with an announcement that the icy, snow weather had made it wise and safer to hold several subjects off until April, except for the annual budget which had to proceed in order to keep it on schedule.

The Caucus precedes the regular session and includes an executive (private) portion which she put off to after the Regular for the sake of the public. Council members stayed after the Regular to take care of Executive items.

Mr. Jeff Oaks from Oceanport and Mr. Jeff King, Eatontown, addressed the Council at the Pubic portion of the abbreviated Caucus. Their concern were relative to the marijuana steps under consideration statewide and within the towns to legalize certain aspects of the legal methods now in place as Governor Murphy is looking to law changes.

Both visitors asked that Council work to learn about the need for medical usages. Mr. Oaks explained his own situation of need for medical assistance to deal with pain and other suffering under a physicians' care. Both men asked that restrictions such as dispensaries be cognizant of the need for reasonable access, geographically to get served usual prescription processes. They also encouraged council to reach out for education on the subject.

Mayor Tucci and Council have formed a committee to investigate and research the matter to determine what would the borough's appropriate response to the matter. That study is still a work in progress, however they said a proper, educated decision would be made

The proposed budget will be set up for public review in an April 18 meeting. Budget preparation included department heads and Financial Committee with hard work and cooperation.

It provided funding to maintain staffing, equipment and safety functions, along with the ability to keep public facilities and roads in good repair. Annual inspection has provided the means to prioritize roadway needs with greatest attention.

The Mayor thanked the taxpayers for helping the town to achieve a 98.30% collection rate.