West Long Branch: The May 16th council caucus meeting preceding the regular public session included a presentation by the Shade Tree Commission about the concerning the invasion of a pest, the emerald ash borer. It has established itself in 18 states, including neighboring New York and Pennsylvania. 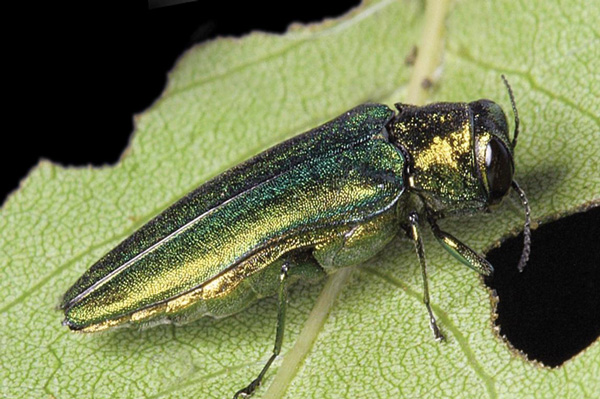 The ash borer can have a significant impact on the ash trees in the state with as many as 25 million trees statewide at stake. The Shade Tree Commission encourages all to be alert for signs of the insect on their properties.

More information on the emerald ash borer can be found here: http://www.emeraldashborer.info/ The Commission Shade Tree can provide info on control methods if you find the pest on your property. They can be reached here: https://www.westlongbranch.org/shade-tree-commission

Ordinances on smoking and marijuana issues

In the Public session Council approved an ordinance to ban smoking in public parks and recreational areas in the Borough, "and on public carriers" effective immediately. Violators are subject to fines and penalties.

An ordinance to prohibit sales of marijuana and associated paraphernalia was also passed following weeks of study, including testimony from the public and reviewing actions in other municipalities. Emphasis on the ban was in the area of safety and the difficulty of determining the impact on drivers.

The Memorial Day celebration will be at the West Long Branch Community Center On May 28 at 11:00am.

The Summer Concert Series dates at Franklin Lake are July 4th, the 13th and 27th. As well as August 3rd and 10th, with a possible later August date being sought.

The annual Fishing Derby for youngsters is set for June 9th, from 9am to noon at Franklin Lake.

The Police Department is working on code enforcement, a new responsibility this year. They also will have Franklin Lake events to work into their schedules.

Department of Public Works is looking to fill open jobs.

A resolution to hire Lucile Trimarchi to serve as Deputy Registrar was approved.

Plans are still in progress to add activities such as bocce games.