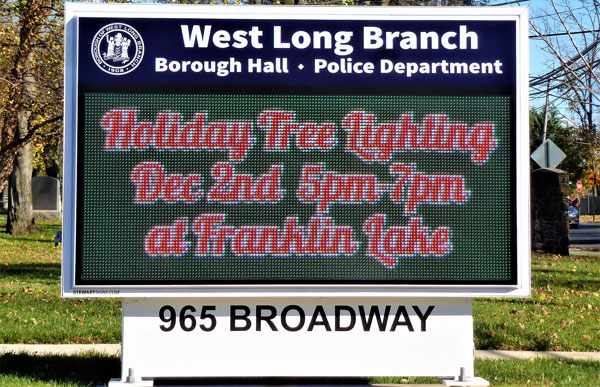 West Long Branch: The November meeting of the Borough Council, though brief, had several matters and dates for residences, and an announcement on the new Fire Department requirements ordinance.

At the previous meeting a change in upgrading the requirements for fire departments to follow according to the State's guidelines meant lowering the rules for personnel to move higher in the ranks as experience was considered for greater spans of control in managing the volunteer staffs. Improved training gave the state the changes initiative which initially caused local officers resistance at first.

The two fire districts officers typically get together to review and make suggestions for changes to bring about ordinance changes. This time there was not a meeting and the departments felt they needed to be a part of it all.

Council took the initiative to get help and understanding from the State. The State replied that the new training and other modifications made the ordinance changes appropriate. Councilwoman Susan Juliana reported on the rationale at the November 7 meeting that has resolved the concerns.

A reminder came out from the police to remember to lock cars, no keys in ignitions, or visible valuables or paperwork inside since incidents have been happening of late. Leaf collection is beginning.

The Shore Regional HS graduation is on the schedule for June 21 at the Monmouth University MAC as of now; also street lights needs and concerns are a work in progress.

The 2019 budget work is underway with departments and meetings to balance them. The sidewalk development planning is underway with Wall Street bids about to go for submissions for grant requests to the state. In the overall list are Delaware, Linden, and Laurel.

The next council meet is December 5 after Thanksgiving holiday is past.

The holiday tree lighting is December at Franklin Lake.