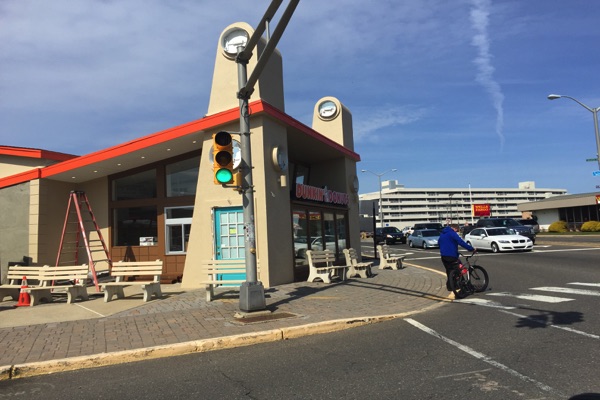 It appears that a new Dunkin Donuts will be opening in a new location in Long Branch before the start of the summer.

Taste The Cakes, an eatery which served ice cream sandwiches, closed last year and will be replaced by Dunkin Donuts. The space is located at the corner of Ocean Boulevard and Brighton Avenue in the West End section of the city.

The facade of the building is already in place as well as the sign. Interior renovations also appeared to be progressing this week.

Dunkin Donuts already has a location a few hundred feet away at 638 Ocean Ave., but that store will likely close to make way for the new one.

Taste The Cakes opened at the beginning of the summer of 2016. The space has been occupied by several other ice cream restaurants over the year, including a Carvel.