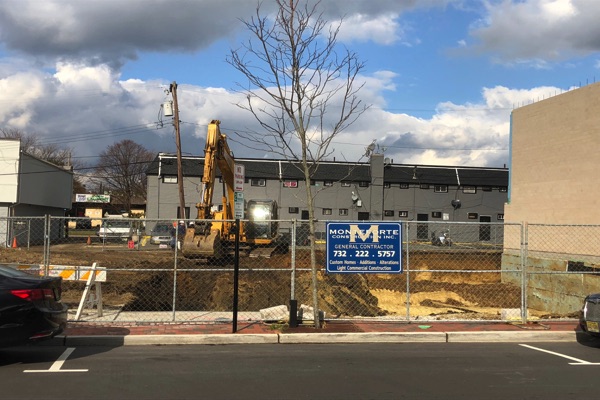 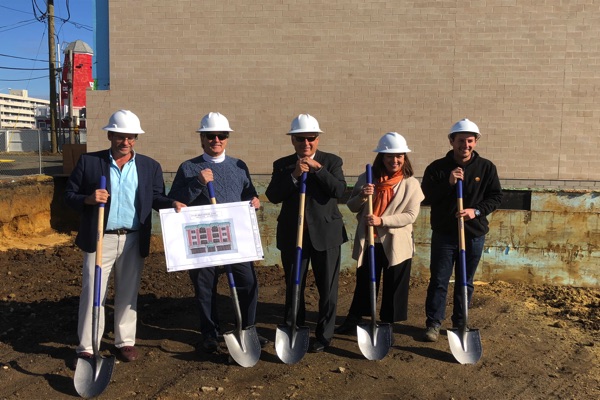 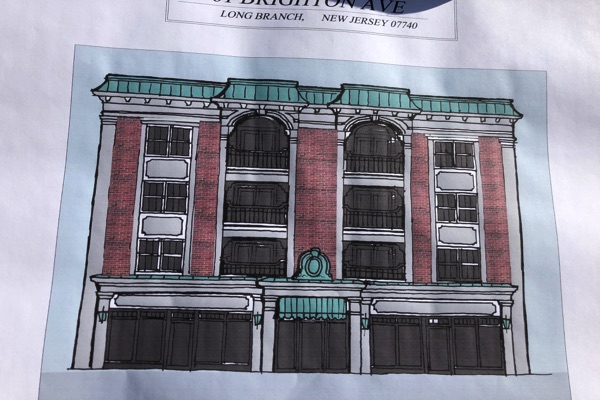 LONG BRANCH: Another one of the three buildings lost to a 2012 fire in West End is currently being rebuilt.

A small ground breaking ceremony to commemorate the beginning of the project was held at 57-61 Brighton Ave. on Thursday, Nov. 16.

The building is owned by Martin Grubman, who received approval to build a 38.5-foot, 4-story building with two retail spaces on the first floor and 12 apartments on the remaining floors in 2016. Grubman owned one of the buildings lost to the 2012 fire and is looking to rebuild what was previously there with some changes.

The original building had three floors and more retail space, but it will now have the exact same number of apartments after the plans were slightly modified to include more 1-bedroom units than originally proposed, following some comments from the planning board before the group approved the project.

"I just want to thank everyone in the city who helped make this a reality," Grubman said during the ceremony.

"We lost half a block of our businesses and are finally starting to see it come back," Long Branch Mayor Adam Schneider said.

Grubman said construction is expected to take between 12-15 months to complete.

His wife, Leslie Fornino, said that while no retail tenants have been finalized, that there have been "two bites" for the stores.

The owners of the Bagel Guys Deli, 75 Brighton Ave., will soon be moving down the street to build a new restaurant in an empty lot that once contained a multistory building between East Coast And Jewelry Exchange and Grubman's building.

Workers broke ground on the project on May 16 following a small ceremony attended by local officials.

The owners Chris Brigandi and Brad Dias opened their restaurant which features a menu filled with bagels, sandwiches and salads on Sept. 1 2012. After finding early and sustained success, they looked to build a larger space and have their own building.

They were granted Long Branch Planning Board approval for the project last August. The board granted the applicants, West End Group, LLC, site plan approval to construct a 4-story building that will have the bagel deli on the first floor and 6 apartments on three floors located above. At least two of the apartments will be rented by the owners of the business.

There is still one empty lot that was lost to the 2012 fire that does not yet have a developer. A group presented informal plans to the planning board, but have not come forward with a formal application.